Diolch, Madam Deputy Speaker.  I want to concentrate on four main themes: the issuing of Welsh-specific banknotes, the accountability of the central bank to Wales and her people, the name of the central bank, and the remit of the bank when it comes to setting interest rates.

If you would prefer to listen to Mr Edwards deliver the speech in Parliament, you can do so here:

The Bill aims to provide some flexibility in relation to who can issue sterling banknotes in Scotland and Northern Ireland. Currency issued by banks in Northern Ireland and Scotland is legal, and can be used throughout the United Kingdom. Among the many historic anomalies between Welsh nationhood and the nationhoods of our neighbours is the fact that Wales remains the only nation that is prohibited from producing its own distinctive banknotes. The Royal Mint does produce Welsh-specific coins, so my proposals raise no major issue of principle.

Like other parts of the UK, Wales was once awash with small banks covering relatively small geographical areas which were allowed to issue their own banknotes. The Bank Charter Act 1844 brought an end to Welsh banknotes, and, indeed, to provincial banknotes in England, but that did not apply to Ireland or Scotland.

Four banks in Northern Ireland and three in Scotland have the authority to issue their own banknotes provided that they are backed by Bank of England notes.

Plaid Cymru is proposing today that Lloyds Banking Group, which holds the rights to the Bank of Wales brand and which is in part publicly owned—a share is, of course, owned by Welsh taxpayers—should be given the right to issue Welsh banknotes in the same way as is permitted for the three clearing banks in Scotland and the four in Northern Ireland. I believe that such an outcome would give a welcome boost to the Welsh national character, and the recognition of Wales as an equal nation and an economic entity.

In Northern Ireland, Bank of Ireland, Danske Bank—formerly known as Northern Bank—First Trust Bank and Ulster Bank notes are used to celebrate the recognition of individuals such as J.B. Dunlop, Harry Ferguson, Sir S.C Davidson and James Martin, while also celebrating architectural splendour such as that of Belfast City Hall. In Scotland, the Bank of Scotland, Clydesdale Bank and Royal Bank of Scotland are entitled to issue banknotes. They pay tribute to the fantastic bridges of their country, and recognise the contribution of people like Sir Walter Scott and Robbie Burns.

The question that naturally rises, therefore, is this: why can we not similarly issue banknotes in Wales to recognise our historic landmarks such as Castell Carreg Cennen, in my constituency, Pont Menai and Yr Wyddfa, and our historic greats such as Owain Glyndwr, who was nominated the seventh most important person of the last millennium by The Times, David Lloyd George, the originator of the welfare state, Aneurin Bevan, the architect of the NHS, and Gwynfor Evans, the first Plaid Member of Parliament and the father of modern Wales?

Sammy Wilson: Does the hon. Gentleman accept that the downside of having our own banknotes in Northern Ireland is that anyone who tries to pass them on in England is looked on as some kind of conman?

Jonathan Edwards: I am always grateful for interventions from my great friend, who speaks with a huge knowledge of financial matters. Those notes are legal tender and a legal currency, and I think that we need to move forward. The issue was raised with me on television today. The fact is that Scottish and Northern Ireland banknotes can be legally used anywhere in the United Kingdom.

Before I was distracted, I was making the case for some people who might be pictured on Welsh banknotes. A notable case could also be made for what is arguably the most famous Welsh painting of all: “Salem”, painted by Sydney Curnow Vosper in 1908. His painting of Sian Owen aged 71 at Capel Salem, a Baptist Chapel at Pentre Gwynfryn in the north of my country, is a national icon, much as Constable’s “The Hay Wain” is in England. 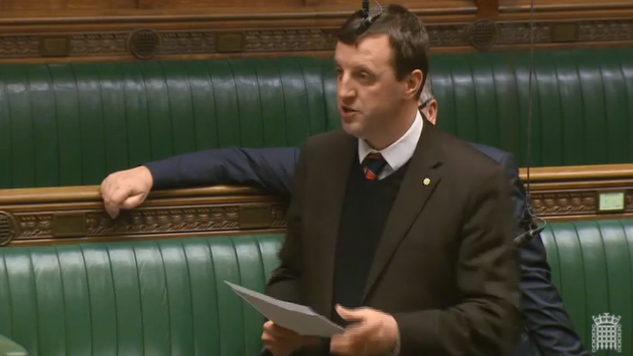 Many pounds from many Welsh people have contributed to the UK over many years, from the industrial revolution through to the bank bail-outs, and I deem it entirely appropriate that Wales’s contribution and standing within the sterling zone should be recognised. That would put right what appears to be a clear injustice. I pay tribute to the work of my colleague Steffan Lewis on this issue, and I look forward to seeing him take his place in the National Assembly after the elections in May.

On the issue of accountability to my country and to the other devolved Governments, I want to put forward proposals in the spirit of the so-called partnership of equals, as it was labelled by the Prime Minister and the Unionist campaign during the recent Scottish independence referendum. The British state is rapidly changing as power and responsibility flow from Westminster to the devolved countries, although the pace is perhaps not as quick as someone like me would want. It is undeniable that the UK is now a vastly different place from the one it was 20 years ago. Central to recent developments has been the increasing fiscal devolution to Scotland, Northern Ireland and even Wales. The Scotland Act 2012 fully devolves income tax, and Northern Ireland has recently been awarded full powers over corporation tax. Wales, as always, is in the slow lane, but even we will soon have an income tax sharing arrangement, if the draft Wales Bill reaches the statute book.

Measures relating to major fiscal levers are flowing from the Treasury in London to the devolved countries. This increases the political accountability of the devolved Governments to their respective electorates and, critically, incentivises those Governments to boost economic performance in order to invest in public services. The co-ordination of monetary and fiscal policy is vital in any economic policy. I understand that the central bank is politically independent, but there is obvious co-ordination between the Treasury and the central bank. Similar protocols and links need to be developed with the Welsh, Scottish and Northern Irish Exchequers. The national Parliaments should nominate a member to serve on the Monetary Policy Committee to ensure that those involved in the interest rate setting process have an understanding of economic conditions and events in Wales, Scotland and Northern Ireland. All MPC members are currently either bank staff or nominated by the Treasury. My proposal should also apply to the Financial Policy Committee and the soon-to-be-implemented Prudential Regulation Committee, which will be created by the Bill.

Political scrutiny of monetary policy remains the preserve of Westminster despite increasing fiscal decision making at devolved levels. Although we are not privy to the meetings between Treasury Ministers and the Governor and his senior team, we can safely assume that those meetings are frequent. On top of that, in regard to parliamentary scrutiny, the Governor and his team meet the Treasury Select Committee here at Westminster at least five times a year. Considering the fiscal powers that have been devolved or are in the process of being devolved, I would hope that the central bank agrees that it is in its interests to strengthen relations with the devolved Governments and Parliaments. I am not aware of any formal structures for meetings between the Governor and Ministers of the devolved Governments. In the interest of mutual respect, those structures need to be formalised.

In addition, I strongly believe that the Governor should attend a meeting of the relevant economic committee of the devolved Parliaments at least once a year. Evidence sessions of that sort would be vital in helping political parties in the devolved Administrations to formulate their own fiscal policy and would recognise the reality that fiscal and economic policy is no longer the sole preserve of Westminster when it comes to Wales, Scotland and Northern Ireland.

A further issue is the name of the central bank, currently named the Bank of England. It is a contentious issue for me as a proud Welshman that the central bank that decides monetary policy in my country is named after another country. The Bank of England was created in 1694 before the present British state was constructed. Wales was annexed in 1536, Scotland in 1707 and Ireland in 1801. The central bank was therefore created to serve a political entity that consisted only of Wales and England. If the British state is a partnership of equals, all its institutions must reflect that reality, including perhaps the most important institution underpinning its financial system: the central bank. If it would be helpful to the Minister, I have a suggestion, which is to rename the Bank of England the “Sterling Central Bank”. This would reflect the fiscal and political reality we live in, and it would show that those in this place genuinely believe in the respect agenda and a partnership of equals.

I am very interested in the emerging debate on changing the remit of the MPC in regard to setting interest rates. The MPC is specifically charged with keeping an inflation target of 2%. Other central banks such as the US Federal Reserve have a dual mandate which goes beyond price stability. In 1977, the US Congress amended the 1913 Federal Reserve Act and mandated the central bank to achieve long-term moderate interest rates and, critically, maximum employment, in addition to reaching inflation targets. As the Bill progresses, I hope to return to these themes in more detail. I would also be more than happy to support the amendments tabled by Labour and the SNP when it comes to the vote.